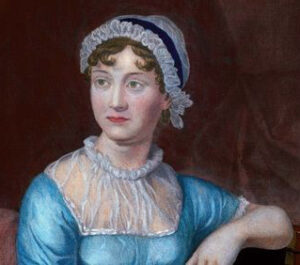 Join us on Wednesday, November 9th as we discuss Pride and Prejudice, one of the six full-length novels that made Jane Austen one of the most famous writers in English literature. Written over 150 years ago, this novel, which Austen herself called her “own darling child” is the story of Mrs. Bennet’s attempts to marry off her five daughters to worthy suiters. The romantic clash between the vivacious and headstrong Elizabeth Bennet and the very wealthy Fitzwilliam Darcy is a splendid rendition of civilized sparring.On Wednesday, December 14th, we’ll delve into the movie Emma. More a comedy of manners than straight romance, both Jane Austen’s novel and de Wilde’s film take as their subject a happily single Emma Woodhouse, the “handsome, clever, and rich” mistress of an English country estate, who fills her days with matchmaking schemes, many of whom are remarkably successful. Emma’s story has been brought to life on film many times and we have chosen the highly acclaimed film, released in 2020 and directed by Autumn de Wilde, with a cast of comedically impeccable performances, to discuss.Discussions are at 7:00 pm. Please read the book or watch the movie before attending. Suzanne Adams at sue@gndhome.com is the contact. She can let you know whether we will meet in person at North Parish or on Zoom.