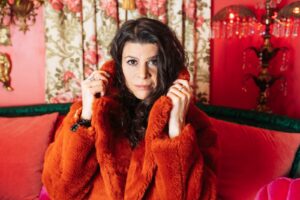 Originally from Boston, Jen Kearney has spent some time seasoning her unique amalgamation of musical styles, including soul, R&B, funk, rock, jazz and Latin. Kearney’s music and attention to lyrics have met critical acclaim nationally and internationally, and she’s shared the stage with the likes of Maceo Parker, Los Lobo, Daryl Hall, and Mavis Staples. “Jen Kearney is a gifted singer who can belt out a song with the best of them. She puts a refreshing spin on funk music, showing flashes of funk’s horn-drenched heyday in the 70’s, but also modernizing it with thoughtfully conceived lyrics…simply mesmerizing.”Steve Morse – Billboard, Rolling Stone

Choir meets after RE this Sunday!

Read More about Choir meets after RE this Sunday!
Arts and Music

Read More about Calling All Musicians